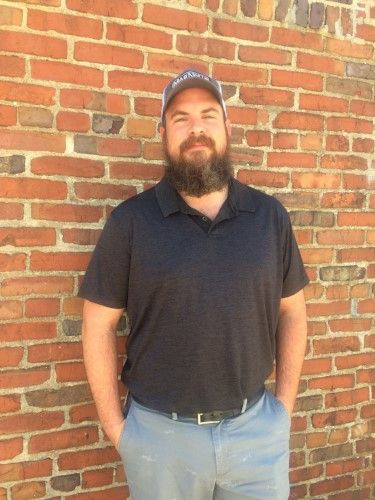 John has been an Employment Counselor with DSC for over four years. He moved here from Indiana, when his wife accepted a job with Party City. Prior to working with DSC, he also studied Art Education at Indiana University.

John leads several art-focused groups in the Employment department at DSC, including Soap Making, Art Class, A Pinterest Group and Painting Class. The groups meet at The Crow at 110, DSC’s new location in Downtown Champaign that will be used for a retail, gift shop venue. The groups focus on a variety of projects that interest the individuals served by DSC, including making and testing the marketability of products that will be sold at The Crow at 110. For example, they have been experimenting with a variety of soap scents recently and discovered that the market for the goat milk soap was already over saturated, so they are testing other products.

When it comes to working at DSC, John said “I’m here for the people. If that’s not the reason you come to work here, you’re probably in the wrong place. That’s why most of us are here-for the people.” John also shared that he really enjoys working in the Employment Services department. “Our department is moving up, forward and fast. Lots of changes, but it feels good not to be in an area where things are not stagnant.”