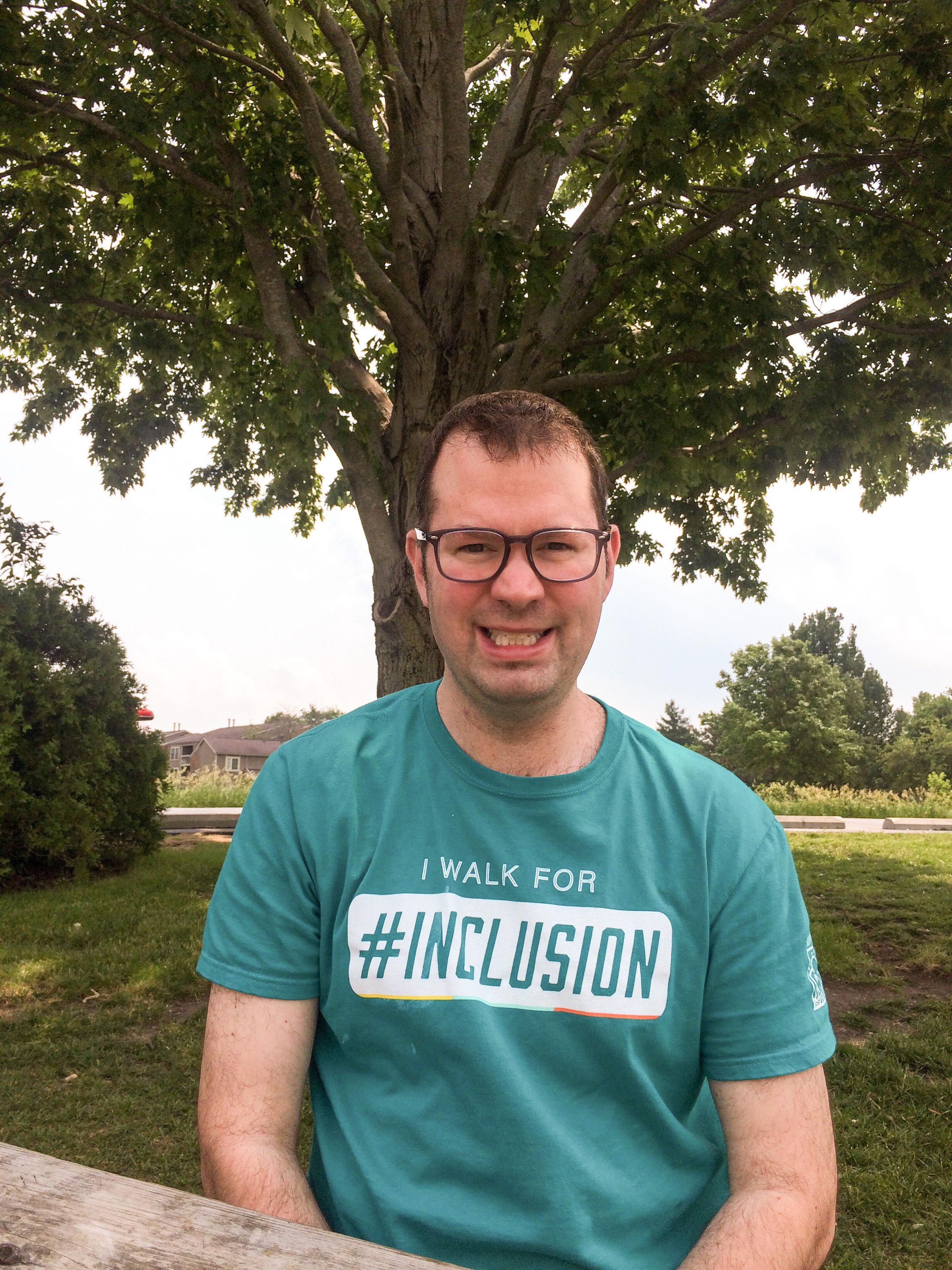 Robert has been working been at Walgreens for over two years. He received a Walgreens pin for his years of service, which he proudly showed us during his interview. “I hope to get more of them,” He told us. “I like working at Walgreens. I like the people I work with. They are nice. It’s fun and I look forward to it. I like DSC too.”

Robert told us that he tries to stay healthy and keep a positive attitude. He thinks it’s also important to not get too stressed out. He walks, and he goes to the gym at the Stephens Family YMCA and the Leonard Center. He also has many interests and friends. He likes to travel to see his two sisters. He also has an interest in medical research. Robert hopes that someday there will be a cure found for cancer, diabetes and Alzheimer’s disease.