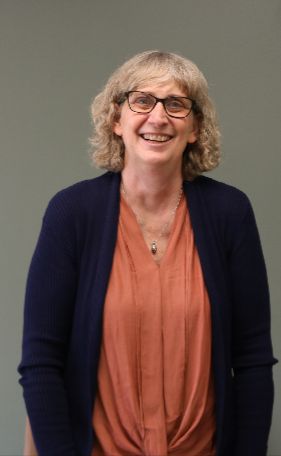 Two of her fellow Rotarians, Janice McAteer, VP of Development and Communications at DSC and Co-Chair of C-U Oktoberfest and Eric Robeson, Co-Chair of C-U Oktoberfest, approached her about the possibility of helping with C-U Oktoberfest. Champaign West Rotary had provided volunteers since the event’s inception and had always been responsive to the needs of the event.  “Some people have called us the cavalry because we’re in and we’re out. We like to say we are ‘People of action, making a difference.’”

She accepted the role and works closely with DSC to make sure that the core volunteer stations are filled for C-U Oktoberfest. “Last year we were soaking wet, but that’s how it is sometimes. We’re here to get the work done. It’s a little selfish on my behalf,” said Christine. “I do it because it makes me feel good. It’s rewarding to see what we can do to help others in the community.”

“Christine has been a major force on our C-U Oktoberfest Steering Committee as our Volunteer Coordinator,” states Janice McAteer. “She puts in countless hours to ensure that the volunteer positions are filled. The day of the event, she works from early morning to late evening helping with every aspect of the event. She is truly a community-minded person who wants to make a difference – and she does.”

Christine has also helped with past Comcast Cares Days, a national day of volunteering hosted by Comcast. This year’s Comcast Cares Day is coming up on May 4th and will benefit DSC’s Clark Road location. Christine and other Champaign West Rotarians are involved with many other organizations around Champaign-Urbana, in addition to the work they do with DSC. Currently, they are working with Champaign Unit 4 Schools to install Buddy Benches at area schools. The benches are made out of recycled bottle caps that have been collected by Rotarians and students. When a student sits on one of the finished benches, it signals to other students that they would like a friend to come sit beside them.

The Read across America, Boneyard Clean-up, Champaign County Humane Society and Austin’s Place are all organizations and projects Christine done volunteer work with through Rotary. The club is especially busy in December when they purchase gifts for Swann Special Care, and volunteer at the Swann Special Care Christmas party, Crisis Nursery Holiday Shop and bell ringing for the Salvation Army.

This July, Christine will step down from both of her current Rotary positions to make space for her new position as President-Elect, but her heart is still for service to the community.

Christine is also the Commercial Compliance Director at Busey. She and Joe have been married for thirty-nine years, and have one son and three grandchildren.   She grew up in Peoria and lived in Austin, Texas for seventeen years. She has lived in Champaign-Urbana for twenty-one years now, and she loves to golf.