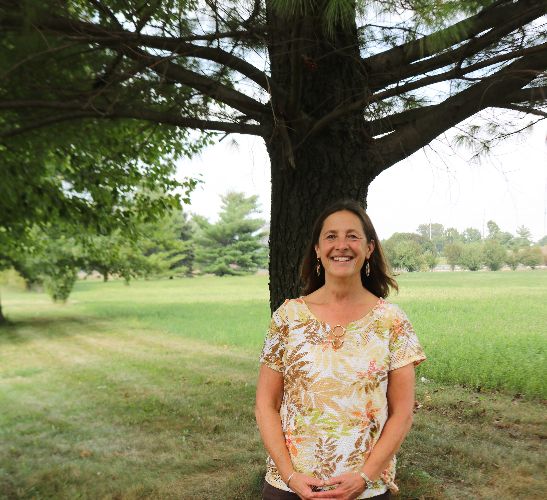 Annette Becherer, Director of Employment Services at DSC, celebrated her 35th anniversary with the agency earlier this year. Her career began in Developmental Training (DT), which is now called Community Day Services (CDS). She later worked as the Training Specialist and became the Assistant Director and Director of Residential Services, before moving into her current position. “When I started here, I had no I idea I’d still be here,” said Annette. “I was interested in nature and environmental sciences and making an impact in those areas. Many people here have similar stories. They come here not intending to stay, but if you make it past five years, the joke is that you’re a lifer. The beauty is that sometimes life has even better plans for you to do.”

Over the time of her employment with DSC, Annette has seen a great deal of transformation at the agency and said she has many wonderful memories. The expansion of the residential program now includes C-U Independence and more CILA (Community Integrated Living Arrangements) options.

What you may not know about Annette is that she has also had the opportunity to be involved in impactful efforts beyond the walls of DSC. Following Hurricane Katrina, Annette spent three weeks on an animal rescue mission in New Orleans. She is also passionate about environmental efforts and has helped to move invasive species including, Tamarisk trees from the Rio Grande, and Russian Olive trees from along the banks of the Escalante River in Utah. She’s also monitored frog populations and tagged Monarch butterflies.

Annette oversees Employment Services at DSC, including many employees who also get to assist people who receive services from DSC in finding gainful employment. She’s found over the years that the employees at DSC are often able to apply their interests and passions to their work at DSC, which is one of the reasons people enjoy working at the agency.

There are two especially innovative programs housed within Employment Services that Annette has piloted. LEAP (Leaders in Employing All People) is a free, disability-employment, inclusion training for employers in Champaign County that was started by DSC in collaboration with the Champaign County Developmental Disabilities Board and Community Choices. The program is now in its fourth year and has brought visibility and jobs to people with disabilities in Central Illinois. Her most recent project, The Crow at 110 is a venue located in downtown Champaign where people with disabilities will are learning new skills and trades pertaining to the arts. Long-term plans include having the venue open to the public, hosting classes for the community and offering a means of self-employment for people with disabilities.

“I’ve had the privilege to cross paths with so many wonderful people here at DSC and my life has been enriched by the lives of the people we support and my colleagues here.”