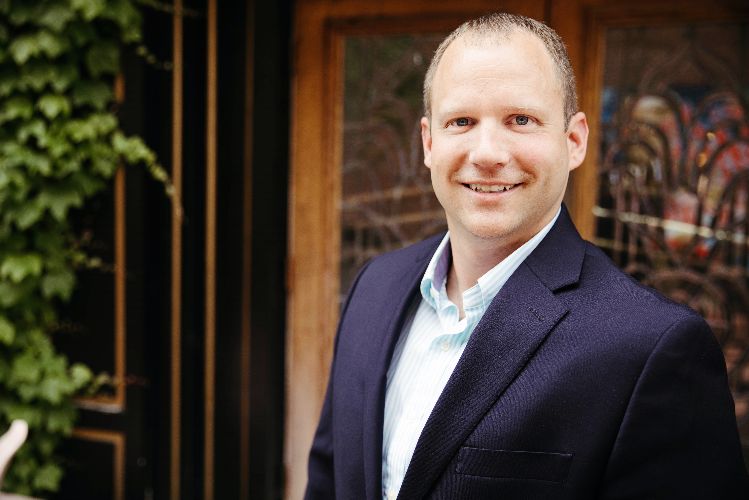 Zach Wetherell is a Commercial Broker and the Owner Services Director at Coldwell Banker Commercial Devonshire Realty. He is also a DSC Board Member and the Chair for Tree of Hope. While attending a Rotary Club meeting one week, he heard DSC CEO Emeritus, Dale Morrissey and Vice-President of Development & Communications, Janice McAteer give a talk about the agency. During the presentation, DSC showed a video that inspired Zach to reach out to Dale about volunteering with the agency.

Zach grew up with an uncle who had disabilities and he also watched his Grandpa get involved with the ARC in the Effingham area over the years, where Zach grew up, so the message resonated with him.

Because Zach works in real estate, Dale asked him to serve on the Prairie Homes/ C-U Independence Board. Zach served in that role for two years and was then asked to serve on the DSC Board, where he has continued to serve since that time. This will be his third year, as the Chair for Tree of Hope.

We asked Zach what his favorite Tree of Hope memory has been so far, and he told us about a small world story that happened during the 2017 Tree of Hope lighting. “I grew up in a really small town near Effingham, called Stewardson, IL. So, when I attended the Tree of Hope lighting ceremony last year and ran into a family that I knew from my hometown high school and church, it was really surprising. It’s not every day that you run into people from Effingham in Champaign. Then, I realized they were the Tree of Hope spokes family. I hadn’t realized earlier because Jill, who I went to school with was married and used a different last name now. Hearing the vision of Tree of Hope through the story of someone I know, gave it new meaning for me.”

Zach also told us that he looks forward to the tree lighting each year, the process of selecting the families, the overall longevity of the campaign and how it’s viewed in the community as a part of the holiday season. “I love that the campaign is underwritten. Our goal this year is $180,000 and 100% of the proceeds of Tree of Hope goes directly to the programs. With it being our 25th anniversary this year, it’s also a huge testament to our community. The community has always stepped up and met the goal. I’m most excited about the future growth of the organization.”

Zach is also married to his wife of over 12 years. They have two boys, Will, who is 8 years old and Christian, who is 6 years old. Zach and Brittney stay busy with the boys’ baseball and soccer games, and the family also attends First Christian Church and they enjoy spending time together outdoors, most often boating and at Curtis Orchard.