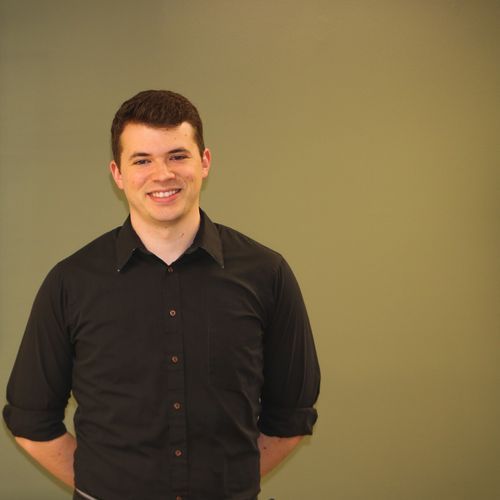 Evan Burie has been with DSC for 18 months and works in the Development office in the area of Special Events & Marketing. Since his joining the organization, Evan has become very familiar with DSC events, C-U Oktoberfest and the Tree of Hope, as well as C-U in the Prairibbean that benefits DSC. He has also been involved with starting the new Queen of Hearts game!

If the Queen of Hearts is drawn, the Jackpot will be paid out as described in the official Rules (available at www.dsc-illinois.org) and a new game will begin.  If not, all tickets purchased for that week’s drawing will be destroyed and the game continues, week after week, until the Queen of Hearts is drawn. There are other prize amounts for the Jokers and Queen face cards – information also available on the website.

“I encourage people to come out for the drawings. Not only can you win more cash if you win, but it is also a lot of fun! When the ticket winner is present, everyone cheers and shares their best guess to the winner for the card he/she is choosing. There is a lot of suspense and fun,” states, Evan. He continues, “This is a great fundraiser for DSC. It gives us an opportunity to partner with a local business and offers the potential of a big pay day for the winner and DSC without a lot of staff time which is something our other fundraisers require.”

When Evan is not busy helping DSC raise money, he enjoys spending time with his wife Andrea, traveling, and playing his guitar. Evan and Andrea are expecting their first child in May.

Congratulations and thank you!